The human body is a delicately balanced ecosystem that is inhabited by billions of bacteria. Of the hundreds of different species of bacteria, most are benign and provide valuable services such as helping with digestion, synthesizing vitamins, and protecting your body from disease-causing bacteria. Many of the beneficial bugs reside in your gastrointestinal (GI) tract; add to this the fact that the GI tract is also home to 70 percent of your immune system, and it’s easy to see how important GI health is.

Saccharomyces boulardii is a non-colonizing form of probiotic yeast. Clinical studies show that it is effective for regulating the intestines and preventing the build-up of pathogens which can damage the intestinal lining. It is also beneficial for reducing the symptoms of diarrhea associated with the use of antibiotics. S. boulardii can reduce both the risk of diarrhea and its duration. It is also gentle enough for children to use who are experiencing diarrhea or gastroenteritis. S. boulardii makes a good traveling companion if you are on vacation overseas, as it reduces the risk of traveler’s diarrhea.

DrFormulas® Nexabiotic® Saccharomyces boulardii also modulates your immune system to ensure your intestinal barrier is functioning optimally. Recent studies show that S. boulardii may also help alleviate the symptoms of diarrhea and prevent recurring C diff. Each serving is resistant to the effects of stomach acid on probiotics and contains 10 Billion CFUs, so you can be sure that you’re getting the health benefits exactly where you need them. Go with your gut and get Nexabiotic®!

This strain of probiotic yeast is helpful for gastrointestinal problems and was used by the natives of Southeast Asia to control symptoms of diarrhea. Dr. Henry Boulardii noticed that the indigenous people there chewed on the peels of the lychee fruit that contained an organism he named S. boulardii. Subsequent studies found that this probiotic improved symptoms of IBS and diarrhea. Source 1, Source 2

This might be TMI, but I am diagnosed with Cystic Fibrosis. I have gone through extensive gastrointestinal issues, most recently being diagnosed with C Diff. I bought the "Just Saccharomyces boulardii" and the very next time I went to the doctor.... it was cleared!!! This literally saved me from getting a fecal transplant (thank god!!). If you are struggling with any gastrointestinal issue weather its as simple as bloating or as scary/gross as C Diff, you need to try these probiotics. Especially the "Just Saccharomyces Boulardii" 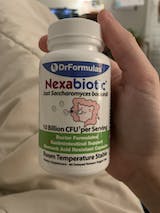 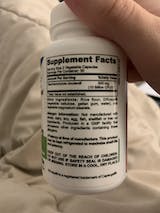 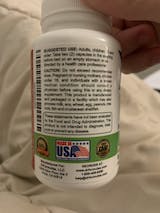 Took my first two Nexabiotic capsules two days ago after much suffering from C-diff and on a second course of antibiotic. This morning I was just in happy tears as my movement looks NORMAL!
I have confidence that now, after learning what certain antibiotics like clindamycin can do to your system that I can reverse the damage and repopulate with this product.
Thank you for putting a Happy Smile back on my face! I can’t tell you how good I feel about my future now. 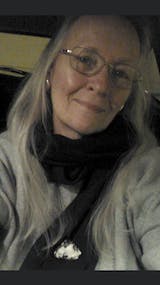 I had C-Diff and Just S. boulardii was recommended by my Dr. It is a life saver. Shortly after taking it I started to recover. I plan to continue it for at least a year. DrFormulas is all I use for all my supplements. Thank you so much!!!

Many years ago I acquired an acute case of C. Diff. after being on a round of super nasty antibiotics (Cipro) by the hospital... Needless to say, after SUFFERING a min 6 MONTHS w it bc every dr I saw was an idiot - not 1 could figure out what it was or what to do with me. (Thankfully, my new job let me work from home since I was a UI Dev - though not a great way to start out wout much of a choice, living on a toilet!) After rounds if every other drug incl Metrodinazole - absolutely NOTHING worked... and then I started doing my own research when I came upon THIS, along w a stronger dose or 2 of Lactobacillus along with it. Maybe about a week of taking mega doses of both, !voila! IT FINALLY WENT AWAY FOR GOOD & never ran into the problem again - until my new giant breed PUPPY arrived w the nastiest case of chronic runs! 2 VETS & a University Animal Clinic- and here we go again w NOBODY being able to figure out what was wrong, other than possible IBD almost 2 years later... and NOW findjng puddles of blood where he was lying on the floor. Had been using OLEWO Dehydrated Carrots & Pumpkin that helped, BUT didn't solve the actual problem. The VETS could not figure anything out & NOTHING STILL WORKING TO HEL, UNTIL... after all this time of him suffering, it dawned on me that he may have had exactly what I had suffered yrs before. I know that if C Diff isn't treated, it doesn't just go away & only gets worse (some people/ animals even die from the severe dehydration). THEN I thought to grab a bottle of this, along with the multi probiotic here specifically for dogs (which I believe has a lower dosage). Anyhow, giving him 1 of both before eating (still chicken & rice - just adding in premium no legume kibble now) for the past WEEK so far - before I back it down to just the dog probiotic & he's like a normal dog again! I AM SO GRATEFUL to have found this! and super happy that I thought of it, esp when no vet did - after thousands of $ in now, unecessary vet bills!!!! But I suppose it's always best to be safe than sorry!

I began taking this product after finishing my second course of Vancomycin. 5 days in the hospital. The C-diff crept back and I decided to see a holistic doctor who sent me home with this product. I cured myself using it at bedtime along with plenty of probiotic filled foods and a diet change. I’m a customer for life. Thank you so much!!