What exactly is in DrFormulas Menopause Support?

Found in plants and plant-based foods, phytoestrogens are compounds that have a similar chemical structure as human estrogen. Estrogen plays a significant role in the development of female features during puberty and regulates a woman’s period up until menopause. Symptoms of perimenopause are often caused by fluctuations in these estrogen levels. Phytoestrogens may have a similar effect on the body as human estrogen, which may help to create a balance. When phytoestrogen enters the body, it interacts with estrogen receptors.1 In menopause supplements, phytoestrogens have been found to be helpful for many menopause symptoms including mental clarity, hot flashes, and night sweats.

Soybeans are rich in a particular class of chemicals called isoflavones. Isoflavones are plant compounds that are antioxidants. Soy isoflavones are also a class of phytoestrogens, which may help to balance estrogen levels and reduce symptoms of perimenopause. Soybeans and soy products are currently the most common and richest sources of isoflavones in the human diet. Isoflavones are commonly included in supplements for hot flashes as studies show they may help alleviate menopausal hot flashes. Evidence also suggests that soy isoflavones may support bone mineral density in postmenopausal women. Consuming whole soy products in addition to isoflavones may balance serum lipids and promote cardiovascular health by improving vascular function in postmenopausal women.2

Licorice is the common name for plants belonging to the family Glycyrrhiza. Most known for their sweet flavor, licorice plants are rich in organic compounds and protective flavonoids. Of interest to sufferers of menopause is its isoflavone content. One of the most prominent compounds in licorice extract is glycyrrhizin. Studies have found that glycyrrhizin may help to regulate the hormonal balance in favor of more estrogen.3

Red clover is an herbal plant that is rich in isoflavones. Extract from the red clover plant, known botanically as Trifolium pratense, is known to contain soy isoflavones. The most significant are genistein and daidzein, as well as biochanin A and formononetin. Biochanin A is the methylated form of genistein, while formononetin is the methylated form of daidzein. The high isoflavone content in red clover extract may help with hot flashes and other symptoms of menopause. Some studies even suggest that it may reduce mood changes, particularly anxiety.4

Sage also has isoflavones and has been used in alternative medicine to reduce sweating. We've included sage extract in our menopause relief supplement to help with night sweats. Sage has also been shown to have anti-inflammatory and antioxidant properties. One study demonstrated that sage extract may reduce the severity and number of hot flashes and night sweats.5

False unicorn, which is botanically known as Chamaelirium luteum, has historically been used as a tonic for female reproductive health, most commonly infertility.6 Roots of the false unicorn plant were widely used by Native Americans to treat a variety of gynecological diseases. There is anecdotal evidence of false unicorn helping to balance progesterone levels. Research has identified the compounds chamaelirin and diosgenin in false unicorn. These are steroidal saponins that are suggested to modulate estrogen activity by interacting with estrogen receptor sites.6

Chaste berry, taken from chaste trees or Vitex agnus-castus, has been also used to address a number of gynecological problems. Chaste berry is shown to be effective at reducing symptoms of menopause and premenstrual syndrome, including hot flashes, bloating, mood changes, and cramping.7 It has evidence of reducing prolactin levels, thereby influencing follicle-stimulating hormone (FSH) and progesterone.

Animal studies support the claim that chaste berries may increase progesterone and estrogen levels. The exact mechanisms of action still require further study, but initial research suggests that, along with reducing prolactin levels, chaste berry may also encourage the release of beta-endorphins, which are generally low during premenstrual syndrome.7

Wild yam, also known as Dioscorea villosa, has been studied for its potential to relieve symptoms of perimenopause. These benefits are suggested to be an effect of wild yam’s molecular structure that resembles steroid-like compounds. Wild Yam has diosgenin which is used to make progesterone. It may also relieve abdominal cramps, muscle tension, and symptoms of premenstrual syndrome.8

Black cohosh is an herb that has traditionally been used for its anti-inflammatory properties and its effect on mood and cognition. Studies suggest that it may reduce symptoms of menopause, particularly vasomotor symptoms like hot flashes and night sweats.9

Black cohosh has also been found to help with mental clarity. It may helps upport neurotransmitter levels and support mood during menopause.12

Known as "Female Ginseng," Dong Quai (Angelica sinensis) is used extensively in Chinese medicine to treat gynecological disorders. Along with its significant antioxidant properties and free radical scavenging abilities, dong quai has historically been used as a tonic for female reproductive health and supporting menstrual health. The known active compounds in dong quai include coumarins, ferulic acids, psoralens, vitamin B12, and folic acid. Dong quai does not affect estrogen levels. Studies have found that dong quai may reduce hot flashes, fatigue, and sleep disturbances in pre- and post-menopausal women.11

I have been taking a expensive Menpause supplement and was doing the job for 2years and suddenly it stopped working. I started research for another natural supplement and came Drformulas read the reviews on Amazon and on there site. I decided this could be the one for me, l suffer from servere hot flashes and night sweats l needed something that will control this area of my life so l order Drformulas. I just received the product this past Sunday and started it that Sunday evening not sure if this would a fair review as of yet, however l believe this will be the product for me. 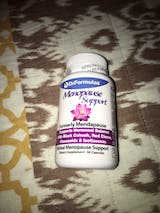 I have take almost the complete bottle and what a huge difference in my sleep and its really cut the night sweats down. I would recommend. 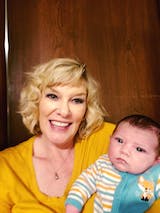 I started taking mesopause support for a week and i do feel the difference in my body and how i feel. I can eat and not feel so bloated, I am not feeling as tired as i used. to so I feel it is working i will give it the rest of the month see how that goes.
Thank you.

I am very impressed with this product my hot flashes aren't that hot any more.

I’ve been using this product for about three years, and it really works for me! Delivery of this was sooner than I expected, what a lovely surprise.